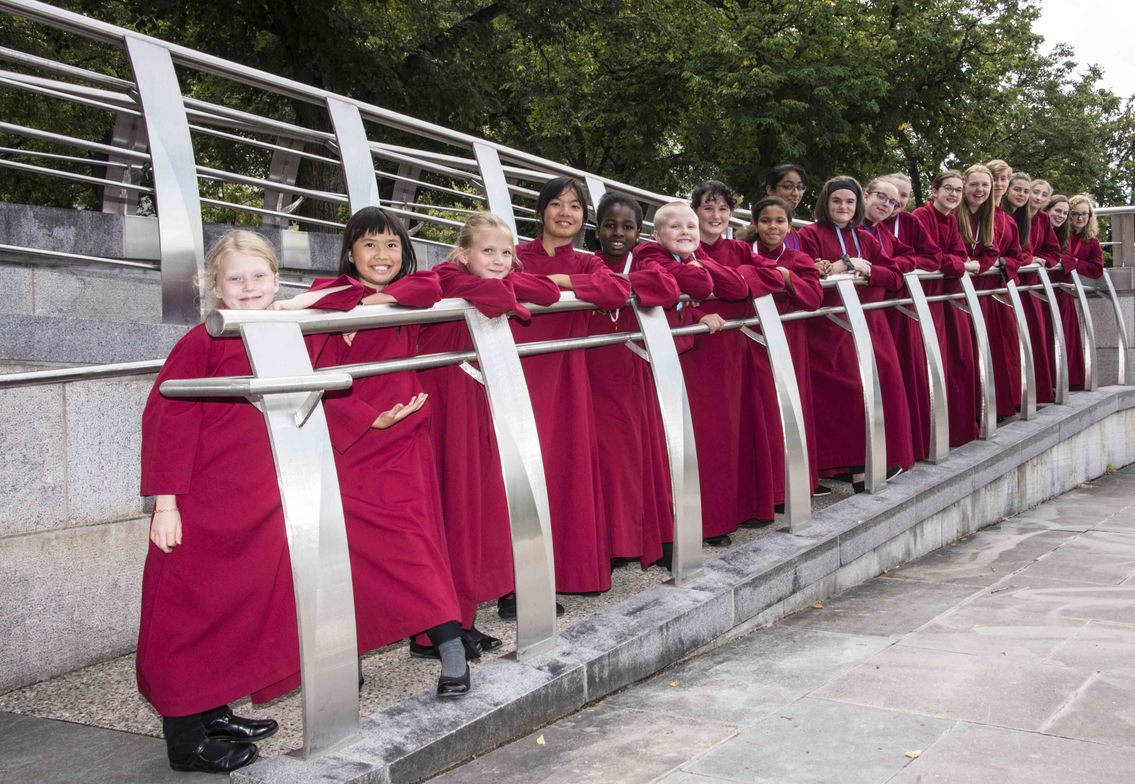 Founded in 2001, Christ Church Cathedral Girls' Choir is the only all-girl cathedral choir in Canada. Our 25 choristers aged 8-18 come from across the National Capital Region and form a unique community where friendships and camaraderie flourish alongside the commitment to excellence in sacred music.

While embracing its core mandate to sing Cathedral liturgies the Choir also maintains a busy schedule of outreach and concert work, civic and state events at home and abroad. In recent years the choir has toured Montreal and New York City while further afield, in the summer of 2016, the ensemble embarked on its second major European tour which included a choral residency at St. Alban's Cathedral in the UK and multiple concert and liturgical appearances in Germany in collaboration with the cathedral girls' choirs of Wurzburg and Bamberg. This past summer the Girls' Choir undertook its ground-breaking Asian Tour which included performances in Tokyo, Kyoto and Hong Kong.

Locally our choristers have sung for the installations of the past two Chaplains General of the Canadian Armed Forces as well as for members of the Royal Family. In December 2017 the girls were featured performers (alongside the Choir of Men and Boys) in the National Arts Centre's gala Christmas concert.

Inquiries from prospective choristers and their families are always warmly received.