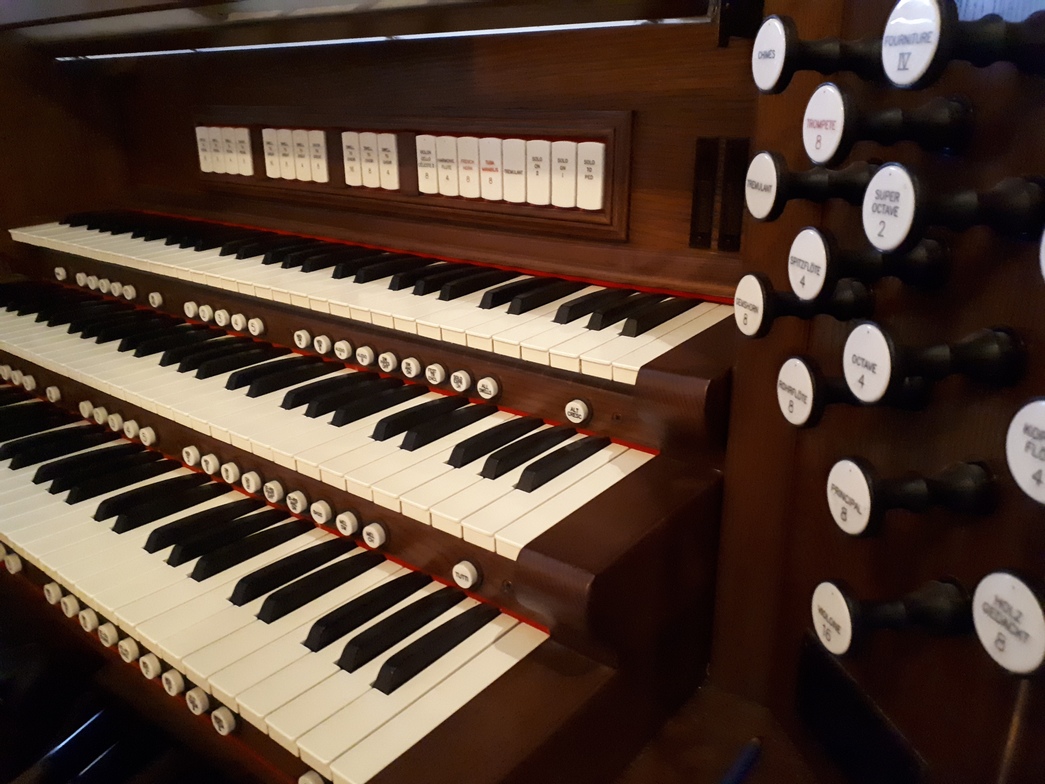 Organs of the Cathedral

A small pipe organ was installed by Samuel Warren at the end of the nineteenth century, which was subsequently rebuilt and enlarged on three occasions by Casavant Frères. In 1969, the tonal scheme of the organ was significantly altered under the guidance of former Organist and Choirmaster, Godfrey Hewitt. Several new stops were added at this time, and the console was made movable so that recitalists could be easily seen by audiences.

Under Frances MacDonnell's direction, the console was equipped with Solid State Logic, and a new en chamade reed was added by Casavant in 1997.  By 2007, the organ was determined by a number of professional assessments to be urgently in need of repairs. It's functioning had becoming very unreliable, and following the advice of independent experts, Parish Council Executive recommended the replacement of the organ with a new pipe instrument. Until independent sources of funding are found (and until the Cathedral's debt is retired), this initiative is suspended.

In 2009, the Cathedral purchased a Trillium 958 digital instrument from Rodgers Organs Canada. With fifty-four speaking stops (and a significant number of alternative voices), the organ is able to provide excellent support for the singing of choirs and congregation, and possesses the tonal flexibility required to play repertoire of all historical periods. In purchasing the instrument, Parish Council Executive emphasized that “this does not preclude any long-term or permanent organ replacement options”.  In 1987, a portative organ built by Karl Wilhelm of Montreal was purchased with the assistance of memorial bequests. It is a mechanical-action pipe organ of four speaking stops.