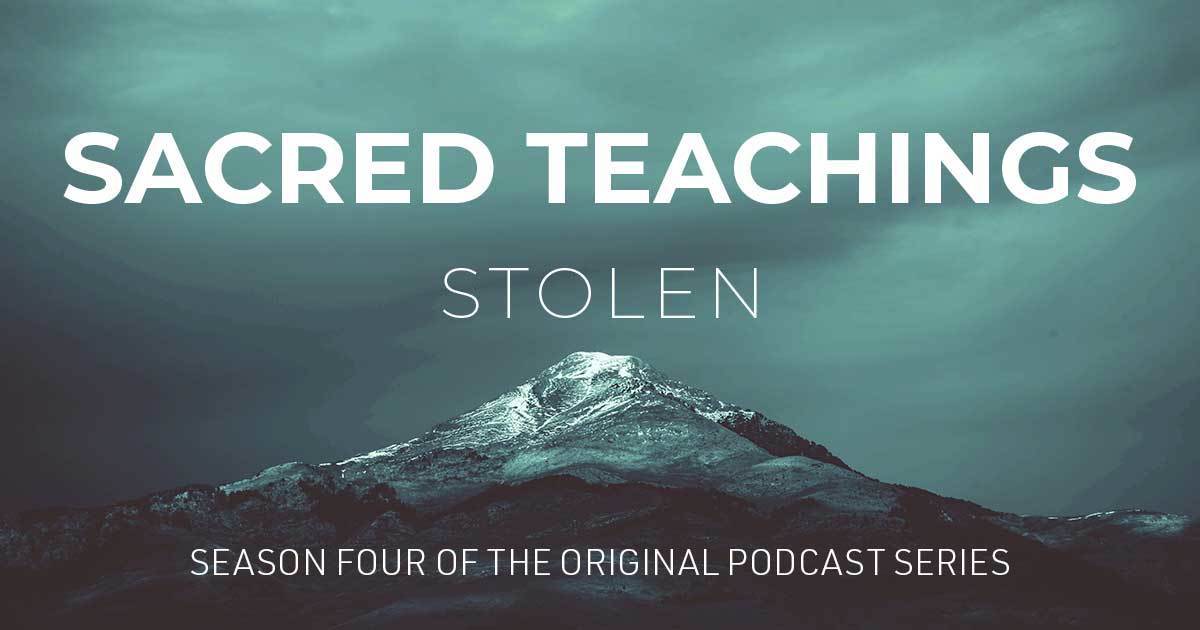 ​There is a hidden wealth in this Land. This wealth lies in the wisdom of the Indigenous Elders all across Turtle Island. The teachings, languages, traditions and stories of the Ancestors are shared in the podcast series “Sacred Teachings”. Highly respected Indigenous speakers are featured in this series, with a different theme for each season, including the sacredness of Creation and finding meaning in a global crisis.

Can you steal the dreams of another person?  Of a group or nation of people? If, so, how to get them back? STOLEN, Season 4 of Sacred Teachings, takes us on a series of investigations with guest host Peter Downie.  So much has been stolen from Indigenous people for so many years – land, water, language, culture, and much more.  This series looks at what has been taken, who took it, and how can justice be served.