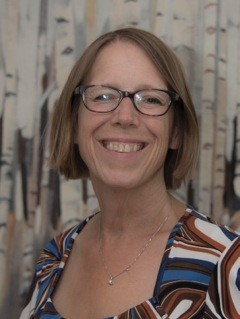 Mostly retired and now living in Carleton Place, I grew up on a farm in BC before marrying and then moving (husband’s transfers) several times within Canada – Alberta, Newfoundland, British Columbia and now Ontario.  If you include the Diocese of New Westminster where I was baptized, confirmed and married, we have been active members in ten parishes within six different dioceses spanning all four metropolitans.

Professionally speaking, I was trained and then practiced as a teacher (K-12), school principal, district leader and, most recently, educational consultant.

Christmas Eve 2002 was the first time we worshipped at Christ Church Cathedral.  Transferred from Clarenville, NL to Revelstoke, BC, we drove across the country, arriving in Ottawa December 24. Awed by the worship and moved by the music, we wistfully commented, "Oh to live in Ottawa where we could be a part of this, and our children become members of this magnificent choir."  While that never happened, a little more than ten years later, our lives were led to the Cathedral where we have been actively involved ever since.