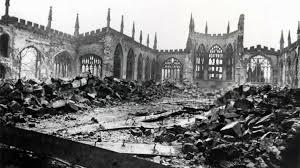 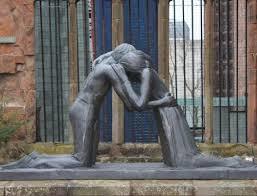 Background on the Community of the Cross of Nails

Following the bombing of England’s Coventry Cathedral in 1940, its provost, the Very Reverend Richard Howard, made a commitment not to seek revenge, but to strive for forgiveness and reconciliation with those responsible. Using a national radio broadcast from the cathedral ruins on Christmas Day 1940 he declared that when the war was over he would work with those who had been enemies “to build a kinder, more Christ-child-like world.” It was this moral and prophetic vision which led to Coventry Cathedral’s development as a world Centre for Reconciliation.

A major part of its ministry is the Community of the Cross of Nails, which is today an international network of Christian churches, organisations and other faith communities, all drawn together by the story of Coventry Cathedral, and sharing a common commitment to work and pray for peace, justice and reconciliation.